The exhibition project In That Weird Part was initially produced by CTM Festival curators Jan Rohlf and Remco Schuurbiers as a contribution to the festival Faithful! Fidelity and Betrayal of Musical Interpretation and was presented in October 2012 at the project space General Public in Berlin. Subsequently, the project was pursued further to become a key element of CTM.13's exhibition In That Weird Age, that was shown January/February 2013 at Kunstraum Kreuzberg / Bethanien.

In recent years, the internet has spawned an enormous number of memes, which travel at lightning speed and often involve huge numbers of people as viewers, listeners, and processors. With millions of clicks, internet stars such as Ralph 'The Whistler' Giese, Gary 'Numa Numa' Bolstra, and the Techno Viking achieve a level of fame (albeit usually short-lived) that can surpass that of famous pop musicians and inspire countless reactions in the form of edits, remixes, and comments.

With Misheard Lyrics (incorrectly transcribed lyrics), Shreds (videos set to alternative, incongruent audio tracks), Literal Videos (re-dubbed lyrics that describe the video’s action in a self-referential way), Hardware Music (music made with non-musical devices), Mash-ups and Video Re-enactments, social media platforms such as YouTube have spawned their own genres based on remakes of user videos, digitally distributed pop music, and adaptations of famous songs. Spontaneously, and outside the bounds of state subsidised art or the commercial marketplace, a continuous exchange between the cultures of amateurs, musicians, and geeks is being fostered and produces surprising ideas and reinterpretations that are sometimes remarkable but not infrequently of dubious quality. Explorations of the materiality of compressors, codecs, filter systems, and other features of Web 2.0 platforms as well as their communication possibilities, lead to an independent aesthetic that raises questions about the political economy of user rights, copyright issues, the exploitation of immaterial labour, the sociological and anthropological aspects of user interaction, and the psychology of online narcissism.

In this sense, the collective output of such laboratories must be read as a logical, albeit not less creative reaction to cultural upheavals brought about by the internet and extensive digitalisation. Shreds and other new internet-based cultural artifacts are in fact only possible by dint of the comprehensive mediatization of music, its ubiquitous availability, and the infinite possibilities of digital editing tools. As such, they remain inextricably linked to the medium in which they are gaining ground.

The internet, and platforms such as YouTube, Vimeo and co, not only facilitate unprecedented publicity, they also open up an active echo chamber in which, through sequences of posts, tagging, sharing, recommendation algorithms, comment features, and reviews, as well as through de- and reconstruction, appropriation, and re-contextualization, dynamic relationships unfold between users and what they have posted. Just as 'scenes' of individual musical cultures may be hard to define, the nebulous, collective, and distributed character of creative production creates a setting in which the individual author can only play a partial, often obscured, role.

It is no coincidence that the majority of user edits make use of parody and satire. As we know, parody works and legitimises itself best when taking aim at the (supposedly) powerful. With a focus on stars and famous pieces of music that are marketed as works of original creativity and, in the case of more recent works, protected by appropriate legislation, these user remakes document the recipient's increasingly problematic relationship with authors and their works within the copyright industry – the 'middle man' companies of the music industry. Thus user remakes seem to be as much an expression of appreciation as an urgent demand for emancipation from the potency of originals, which are bloated by the market. User activities and their ways of dealing with music are perhaps nothing less than survival strategies – ongoing attempts to digest the plethora of bids for attention from the media, or to somehow cope with the indigestible residue that accumulates as waste.

Something that is lost sight of quickly in the shadow of the ongoing conflict between originators, rights holders, and consumers empowered as active users, is the fact that new and powerful agents have already entered the scene, agents for whom music may be even less of a concern than it was with music industry majors. The business models of Apple, Google, Amazon, and Facebook place the user and 'user generated content' at the heart of their strategies to exploit digital network economies. Technology and the rules of its data infrastructure define the framework within which the creativity and communication needs of users may be conveyed – and where profits are made. However weak their official position may appear to be within these systems, users nevertheless remain influential and not entirely predictable figures. This is demonstrated by 'reframing' and other workarounds that are supposed to circumvent technological content filters, which are imposed by law or by voluntary commitments.

Of course, user cultures existed long before they were co-opted by the big players of Web 2.0. The internet, as we currently use and experience it daily, is inconceivable without them. A comprehensive elucidation of the role of these user cultures, their contribution to, for example, the preservation of cultural memory, where obsolete, outdated forms, styles, and technologies are cultivated and updated, and the analysis of their aesthetic production is still a long way off. 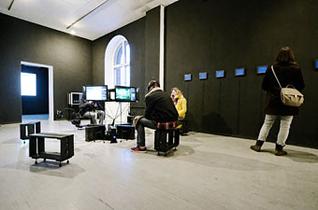 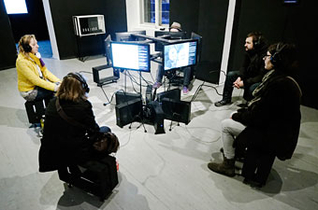 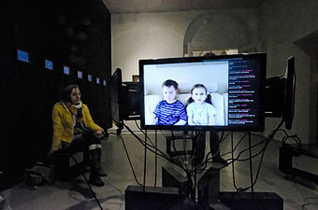